Idiopathic pulmonary fibrosis (IPF), a fatal lung disease whose cause has long been a mystery, may be triggered by damage to mitochondria, the tiny oxygen-burning reactors that provide most of a cell’s energy needs, according to a study from scientists at Weill Cornell Medicine.

In the study, published online July 29 in Nature Communications, the scientists were able to induce IPF-like lung fibrosis in an animal model by genetically inducing the dysfunction of mitochondria within lung cells called alveolar type-2 epithelial cells (AEC2s). The resulting damage to mitochondria within the mouse AEC2 cells closely resembled the mitochondrial damage that has been observed in AEC2 cells from IPF patients.

“This study, which suggests that IPF can arise from mitochondrial dysfunction in alveolar cells, takes us a step closer to understanding this disease and finding ways to treat it effectively,” said senior author Dr. Augustine M.K. Choi, the Stephen and Suzanne Weiss Dean and professor of medicine at Weill Cornell Medicine. 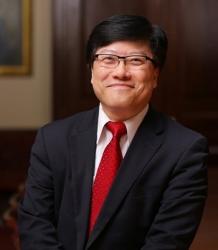 AEC2 cells help constitute and maintain the health of alveoli, the tiny sac-shaped structures in the lungs that perform the crucial oxygen-in, carbon dioxide-out gas exchange of breathing. In IPF, which is estimated to affect roughly 100,000 people in the United States and several million worldwide, alveoli are progressively destroyed. Lung cells called fibroblast cells appear in the lung tissue and deposit collagen and other fibrotic material that stiffen the tissue and impair alveolar function, possibly as a repair process gone awry. For most IPF patients, the result of this fibrosis process is respiratory failure and death within about four years. Smoking, chronic exposure to other lung-harming agents, and older age are known to be risk factors, but how IPF arises has essentially been a mystery.

In recent years, scientists have found evidence of problems with AEC2 cells in IPF patients, including damage to these cells’ mitochondria, which may precede the arrival of fibroblasts and fibrosis. In the new study, Dr. Choi and his colleagues used animal models to demonstrate a cause-and-effect relationship between an AEC2 mitochondrial dysfunction and IPF-like fibrosis, showing in some detail how one leads to the other.

Prior studies have indicated that AEC2 cells in IPF have an elevated need for the mitochondrial proteins mitofusin 1 and 2. Following up this finding, Dr. Choi and his team engineered mice that lack either of these mitofusins just in their AEC2 cells. The loss of either mitofusin turned out to worsen experimentally induced lung fibrosis, suggesting that AEC2 cells need these proteins to help ward off IPF. Mice that lacked both mitofusins were even more vulnerable — they spontaneously developed an IPF-like fibrotic lung disease.

The team showed that the lack of mitofusins leads to mouse AEC2 cell mitochondrial dysfunction very much like that observed in human IPF. They linked this mitochondrial dysfunction in AEC2 cells to an impairment of these cells’ normal ability to produce lung surfactant, a material that coats alveolar surfaces and is necessary for keeping them intact and working properly. The loss of AEC2 cells’ normal surfactant-replenishing ability appeared to be a key event leading to fibrosis: The scientists found that disrupting surfactant production in a different way, by blocking an enzyme needed to make a key surfactant ingredient, also promotes fibrosis.

“The findings reveal that mitochondria are essential to AEC2 cells in the surfactant lipid production, and further confirm that the fundamental function of mitofusins in maintaining cellular lipid homeostasis is evolutionarily conserved,” said lead author Dr. Kuei-Pin Chung, currently in the Department of Laboratory Medicine at National Taiwan University Cancer Center and National Taiwan University Hospital.

“It could be that for people with an underlying mitochondrial susceptibility, exposure to cigarette smoke or some other harmful environmental factor triggers this AEC2 cell dysfunction that then leads to fibrosis,” said study co-author Dr. Suzanne Cloonan, assistant professor of biochemistry in medicine at Weill Cornell Medicine. 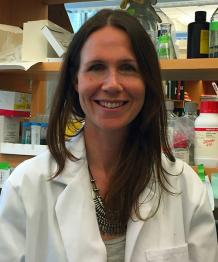 Dr. Cloonan added that, while the study wasn’t designed to test therapeutic approaches, the findings suggest that preserving AEC2 cells’ mitochondrial health, and/or preserving these cells’ ability to produce surfactant, might help IPF patients if the intervention could come early enough in the course of disease.

Dean Choi is a co-founder, equity stakeholder and serves on the scientific advisory board for Proterris, which develops therapeutic uses for carbon monoxide. Dr. Choi also has a use patent on carbon monoxide, and has served as a consultant for Teva Pharmaceutical Industries. Dr. Mary E. Choi is the spouse of the co-founder, equity stakeholder and scientific advisory board member of Proterris.