The Office of the Research Dean Recognizes Juneteenth

The Office of the Research Dean recognizes Juneteenth as a notable day in American history. On June 19, 1865, the final group of enslaved African Americans was informed that the Emancipation Proclamation had been executed and fulfilled and that they were now free. This was over two years after the Emancipation Proclamation had been delivered in Gettysburg. This day has now been recognized as a federal holiday.

We also recognize the outstanding contributions and resilience of African Americans, despite countless obstacles throughout history. Science and medicine, in particular, have been deeply impacted by the achievements and contributions of African Americans. While this list is not comprehensive, we owe a debt of gratitude to these scientists and many more who have advanced medicine and science.

in Science and Medicine 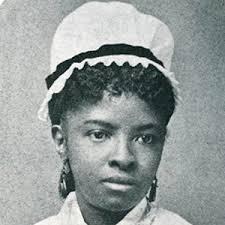 Mary Mahoney was born in Boston in 1845. She was admitted to the nursing school of the New England Hospital for Women and Children, completing nurse's training in 1979. She was the first black woman to complete this training. Mahoney became one of the first black members of the American Nurses Association, and has been credited as one of the first women to register to vote in Boston following the ratification of the 20th amendment. 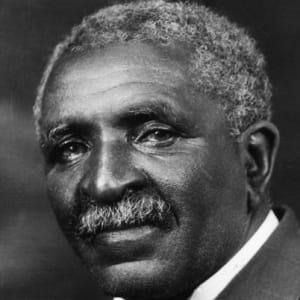 George Washington Carver was a remarkable scientist who was born into slavery. His exact date of birth is unknown, as is the case with many children of slaves. After developing talents as a bontanical artist, he was able to enroll as the first black student at Iowa State, receiving his B.S. degree and his master's degree, both heavily focused on botany. He was hired by the Tuskegee Institute, founded under Booker T. Washington, and began his research on crop rotation, alternative cash crops, and diversification of crop use, contributing to the effort of economic stabilization amongst the black population. George Washington Carver developed hundreds of products using peanuts, sweet potatoes and soybeans. He served as an advisor to both Theodore Roosevelt and Mahatma Gandhi. 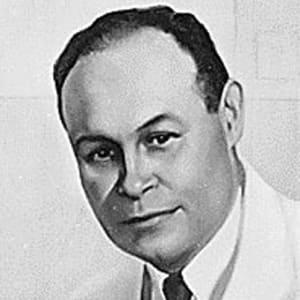 Charles Drew completed his bachelor's degree at Amherst College. After attending McGill University in Montreal, Canada, he earned both Doctor of Medicine and Master of Surgery degrees. His studies at Columbia University allowed him to develop a method for processing and preserving blood plasma (blood without cells). He discovered plasma could be dried and utilized again when needed, and this research resulted in his receipt of a doctorate degree- the first African American to earn this degree from Columbia- in 1940. His notable achievements continued through World War II, when he spearheaded an effort with the organization and processing of blood plasma from New York hospitals to be shipped to Europe to aid in the treatment of soldiers on the front lines. In 1941, he worked with the American Red Cross to develop a blood bank. After the military requested he segregate blood donated by African Americans, limiting the use of that blood to African American soldiers, he resigned his post in protest. After serving as a professor at Howard University, and beecoming the first African American examiner for the American Board of Surgery, he reeceived the NAACP's 1943 Spingarn Medal for "the highest and noblest achievement" by an African American "during the preceding year or years." He passed away in a car accident in 1950 at only 45 years old.

Vivien Theodore Thomas was the grandson of a slave. After securing a job as a laboratory assistant with Dr. Alfred Blalock at Vanderbilt University, he quickly mastered surgical techniques and research methodology. He was paid as a janitor despite doing the work of a postdoctoral researcher. Together he and Dr. Blalock explored the then-taboo surgery of the heart, researching the relationship between the heart and shock. When Blalock was offered the position of Chief of Surgery at Johns Hopkins in 1941, Thomas accompanied him. He was approached by renowned pediatric cardiologist Dr. Helen Taussig, who sought a surgical solution to blue baby syndrome, or Tetralogy of Fallot. After working on hundreds of animal models to test corrective procedures, Thomas stood on a step-stool behind Blalock and guided him through the procedure on a human patient in 1944. Thomas was never credited for his central role in developing this procedure. He also developed the atrial septectomy among many other contributions to surgical procedures. He trained notable surgeons, and mentored a number of African American laboratory technicians, in addition to Hopkins' first black cardic resident, Dr. Levi Watkins, Jr. (who went on, with Thomas' help, to explore groundbreaking work in the use of the Automatic Implantable Defibrillator). Despite his extraordinary achievements, he was presented with an Honorary Doctor of Laws, rather than a Doctor of Medicine degree, by Johns Hopkins in 1976. 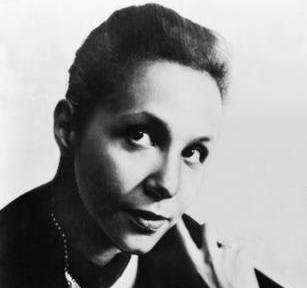 Dr. Jane C. Wright graduated from New York Medical College in 1945. She interned at Bellevue Hospital from 1945 to 1946. She served as a staff physician with the New York City Public Schools. Dr. Wright began working with her father, Dr. Louis Wright (the first African-American to graduate from Harvard Medical School), to test a new chemical on human leukemias and cancers of the lymphatic system. She was appointed the head of the Cancer Research Foundation at the age of 33. Dr. Wright was then appointed to the President's Commission on Heart Disease, Cancer, and Stroke, by President Lyndon B. Johnson in 1964. Dr. Wright was appointed professor of surgery, head of the Cancer Chemotherapy Department, and associate dean at New York Medical College, her alma mater, making her the highest-ranking African American woman at a nationally recognized medical institution. She became the first woman president of the New York Cancer Society in 1971. 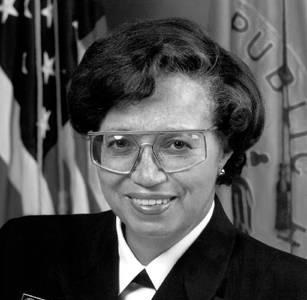 Audrey Forbes Manley received her B.A. from Spelman College in Atlanta before attending Meharry Medical Colleege in Nashville, TN. She completed her residency at Cook County Children's Hospital, and taught pediatrics at the Cook County School of Nursing while she was a resident. After opening a pediatric practice and practicing medicine privately, she moved back to Atlanta and became Chief of Medical Services at Grady Memorial Hospital's Family Planning Clinic. Her career in government began as a commissioned officer of U.S. Public Health, and she studied sickle cell and other genetic diseases. She also earned an MPH from Johns Hopkins University in 1987. Dr. Manley became the Deputy Surgeon General and Acting Deputy Assistant Secretary for Minority Health in 1994. From 1995 to 1997, she served as the U.S. Deputy Surgeon General and Acting Surgeon General. She returned to Spelman College in 1997 as the President of the College. 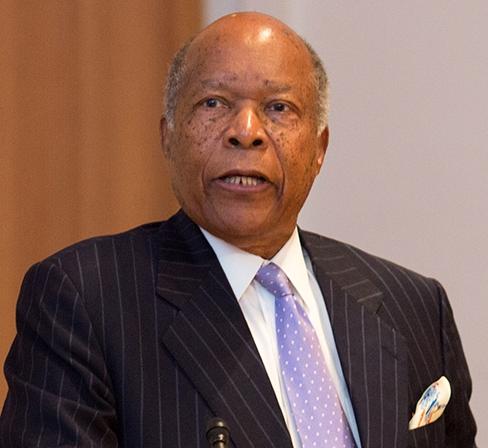 Dr. Sullivan earned his undergraduate degree from Morehouse College in 1954 and his medical degree in 1958 from Boston University School of Medicine. He was the first African American resident at New York Hospital (now NewYork-Presbyterian Hospital) in 1958.

After holding positions at Harvard Medical School, Seton Hall College of Medicine, Boston University Medical Center, and Boston City Hospital, Dr. Sullivan went to Morehouse College in 1975 to serve as dean and director of the Medical Education Program. In 1989, Dr. Sullivan became the Secretary of Health and Human Services. The National Institute on Minority Health and Health Disparities at NIH was first established as an Office under the NIH Director through Secretary Sullivan in 1990 and was elevated to an Institute in 2010.
In 1993, he returned to Morehouse School of Medicine, but was still active with government service. He was chair of the President’s Board of Advisors on Historically Black Colleges and Universities from 2002-2009 and was co-chair of the President’s Commission on HIV and AIDS from 2001-2006. 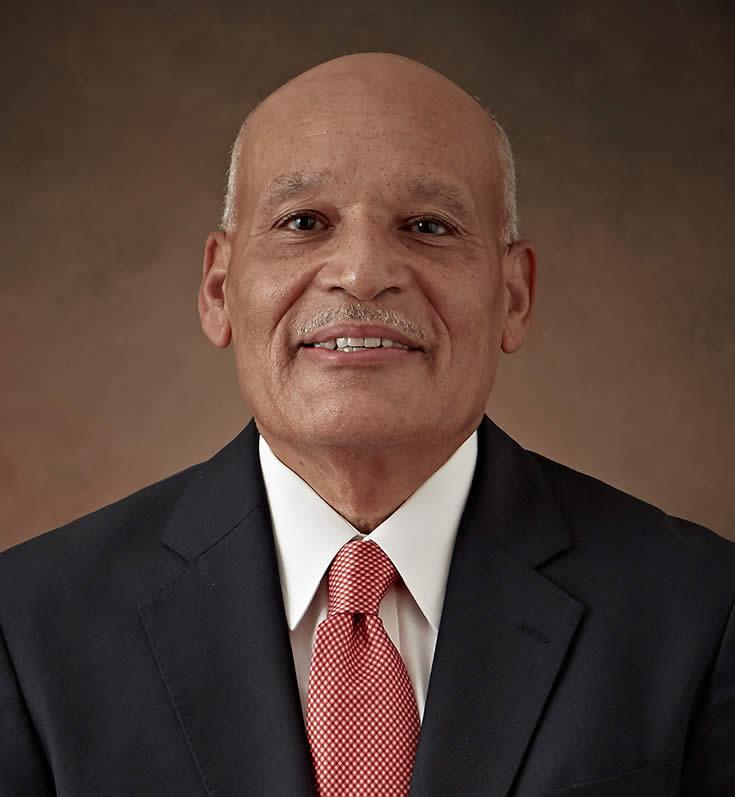 Dr. Pickett graduated from California State University in 1971 with a bachelor of science degree in biology. Pickett also worked full-time at Cutter Laboratories at Berkeley while studying, where he fractionated blood products. He earned a teaching fellowship to pursue a Ph.D. in biology at UCLA. After graduating, he took the less common career path of working as a researcher at Merck. Dr. Pickett became a member of the development team working to secure worldwide approval for a group of cholesterol-lowering drugs. Continuing his work in drug metabolism, he rose through the ranks at Merck where, in January of 1993, he was promoted to the position of Senior Vice President of Basic Research. During his tenure at Merck, he also was Associate Professor at UMDNJ and Howard University. In March 2002 Pickett became the president of the Schering Plough Research Institute, where he was responsible for all aspects of research and development for the company. In 2006, he was named President of Research & Development at Biogen Idec. He served in this capacity until his retirement in 2009. He was elected to the National Academy of Sciences in 1993. 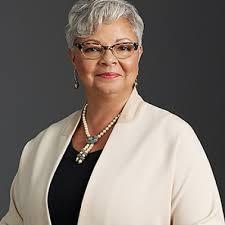 Dr. Lewis-Hall received a Bachelor of Arts and Sciences in Natural Sciences from The Johns Hopkins University and her Medical Doctorate from Howard University College of Medicine. Dr. Lewis-Hall was formerly the Chief Medical Officer at Pfizer. Trained as a psychiatrist, she has held leadership roles in academia, medical research, front-line patient care, and at global biopharmaceutical companies including Vertex, Bristol-Myers Squibb and Eli Lilly. Prior to her work in industry, she led research projects for the National Institutes of Health and was Vice Chair of the Department of Psychiatry at Howard University College of Medicine. In 2010, Dr. Lewis-Hall was appointed by the Obama Administration to the inaugural Board of Governors for the Patient-Centered Outcomes Research Institute (PCORI), and in 2012 she was appointed chair of the Cures Acceleration Network Review Board and a member of the National Center for Advancing Translational Sciences (NCATS) Advisory Council of the National Institutes of Health. She also serves on the Executive Committee of the Clinical Trials Transformation Initiative and on numerous other boards, including those of Harvard Medical School, The Institute of Medicine's Forum on Drug Discovery, Development, and Translation, and Save the Children. 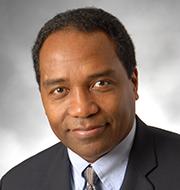 Dr. Griffin Rodgers is the director of the National Institute of Diabetes and Digestive and Kidney Diseases (NIDDK) at the NIH. Dr. Rodgers received his undergraduate, graduate, and medical degrees from Brown University. He completed his residency and chief residency in internal medicine at Barnes Hospital and the Washington University School of Medicine. His fellowship training in hematology was completed at George Washington University and the Washington Veterans Administration Medical Center.

As a research investigator, Dr. Rodgers is widely recognized for his contributions to the development of the first effective—and now FDA approved—therapy for sickle cell anemia. He was a principal investigator in clinical trials to develop therapy for patients with sickle cell disease and also performed basic research that focused on understanding the molecular basis of how certain drugs induce gamma-globin gene expression. More recently, he and his collaborators have reported on a modified blood stem-cell transplant regimen that is highly effective in reversing sickle cell disease in adults and is associated with relatively low toxicity.

Dr. Rodgers has been an invited professor at medical schools and hospitals both nationally and internationally. He has been honored with many named lectureships at American medical centers and has published more than 250 original research articles, reviews, and book chapters; has edited four books and monographs; and holds three patents. 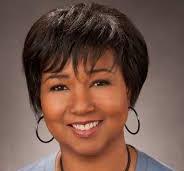 Dr. Mae Jemison received a bachelor of science degree in chemical engineering and fulfilled the requirements for a B.A. in African and Afro-American Studies from Stanford University and earned her MD from Weill Cornell Medicine. Shortly after working for the Peace Corps, she was selected to participate in NASA's space program.

Dr. Jemison was the science mission specialist on STS-47 Spacelab-J, which launched on Sept 12, 1992.

The eight-day mission was accomplished in 127 orbits of the Earth, and included 44 Japanese and U.S. life science and materials processing experiments. Dr. Jemison was a co-investigator on the bone cell research experiment flown on the mission, which investigated how space flight causes changes in bone cell function to better understand why bones become weaker during space flight. Dr. Jemison is a member of the National Academy of Medicine and  has garnered many of the nation’s highest national, academic, and institutional honors for her public service as an astronaut, scientist, healthcare provider, and educator.

Biographical details are a courtesy of biography.com, Vanderbilt University, the National Institutes of Health, HHS, Pfizer, thehistorymakers.org, and Morehouse School of Medicine.