The benefits of the prostate-specific antigen (PSA) test to screen men for prostate cancer may be greater than the harm, say investigators at Weill Cornell Medicine, NewYork-Presbyterian, University of Washington School of Medicine and the Fred Hutchinson Cancer Research Center.

While organizations such as the U.S. Preventative Services Task Force (USPSTF) and the American Academy of Family Physicians have been lukewarm or opposed to the routine use of the PSA test, in a commentary published June 17 in the New England Journal of Medicine, the investigators demonstrate that these recommendations are based on problematic estimates of the benefits and harms of screening. They argue that the evidence suggests more widespread screening will reduce deaths and help men avoid debilitating metastatic disease. 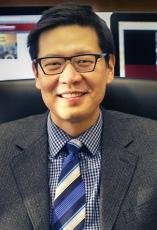 “The overarching message for the last eight years has been against PSA testing, and its use has declined significantly as a result,” said senior author Dr. Jim Hu, the Ronald P. Lynch Professor of Urologic Oncology at Weill Cornell Medicine and director of the LeFrak Center for Robotic Surgery at NewYork-Presbyterian/Weill Cornell Medical Center. “At the same time, metastatic prostate cancer in older men has been rising after reaching an all-time low in 2011, as we have documented in a previous study.” The recent rise in metastatic prostate cancer, albeit small at the moment, is concerning.

PSA tests measure the level of prostate-specific antigen (PSA), a protein produced by the prostate gland, in the blood. Elevated levels may indicate the presence of prostate cancer. The biggest drawbacks of the test have been subsequent overdiagnosis with invasive biopsies and treatment with therapies that may result in incontinence, erectile dysfunction or other chronic side effects.

Current decision aids are based on an incomplete picture, the authors write. For example, the time frame examined in these decision aids is generally 13 years from the onset of screening. “That time frame is too short,” said co-lead author Dr. Jonathan Shoag, an instructor in urology at Weill Cornell Medicine and a urologist at NewYork-Presbyterian/Weill Cornell Medical Center. “Most men who begin screening in their 50s will live much longer than 13 years. We need to look over a lifetime to understand the risks and benefits of screening.”

Dr. Hu and Dr. Shoag collaborated with colleagues at the Fred Hutchinson Cancer Research Center and the Department of Urology at the University of Washington Medical Center in Seattle to understand the benefit of screening to American men with prostate cancer over a time frame of 25 years. Using a conservative model, they found that at 25 years preventing one death from prostate cancer required screening 385 men between the ages of 55 and 69 years and resulted in diagnosing 11 men. Using less conservative modeling parameters resulted in estimates of the number needed to diagnose to prevent one prostate cancer death well into the single digits. 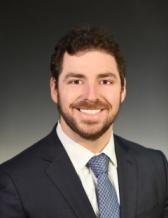 “We hope organizations reconsider the value of the PSA test in light of our estimates and revise their recommendations,” Dr. Shoag said. “More men should have the opportunity to get the benefits of screening. In my opinion, these outweigh the potential harms over a longer, more realistic time horizon for most healthy men.”

This benefit is compounded in the modern era, as physicians now know that not every prostate cancer needs to be treated, the authors write. Almost half of American men diagnosed with low-risk prostate cancer are followed with close monitoring, called active surveillance, rather than receiving immediate treatment. Recently, the advent of an increasing number of non-invasive tests to assess prostate cancer risk, including the 4K score test, free PSA, PCA3, the Prostate Health Index and prostate magnetic resonance imaging are providing physicians with additional information to improve decision-making after abnormal PSA test results.

“Together with these advances, we hope that a better understanding of the benefits of the PSA test will help more men receive the right treatment at the right time and reduce the burden of metastatic prostate cancer, Dr. Hu said. “Finally, most men diagnosed with low-risk prostate cancer choose active surveillance: there is less over-treatment and side effects, and they are monitored with curative intent. Biomarkers may be able to mitigate the harms of over-detection, and active surveillance the harms of over-treatment.”

The study was supported by the Wallace Fund, the Damon Runyon Cancer Research Foundation Physician Scientist Training Award at Weill Cornell Medicine, and Department of Defense CDMRP W81XWH1910577 and National Institutes of Health awards R50 CA221836 and U01 CA199338 at the Fred Hutchinson Cancer Center.